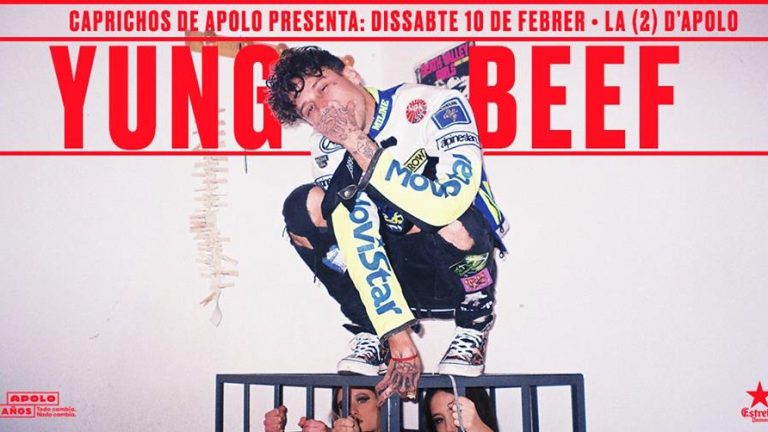 To those who were, he retired. The one who came, he baptized. The appearance of YUNG BEEF as part of the collective Kefta Boyz first and then PXXR GVNG -also La mafia del amor and LOS SANTOS- changed Spanish urban music forever, imposing its own rules.

Like punk, Yung Beef put on the front page everything that well-thinking society did not want to see and got everyone to dance around him: the world of music, fashion and even the Royal Academy of the Language. Yung Beef became the street station shooting the genre into the future.

This January he returns to present the new release of his famous “ADROMICFMS”, the series of mixtapes where the artist from Granada gives the best of himself, giving a punch on the table of the panorama with an important idea between the eyebrows: end the separation between public and artist. In his new live show, he will present new songs and old hits with a show halfway between a punk concert and a Sound System at the gates of hell.