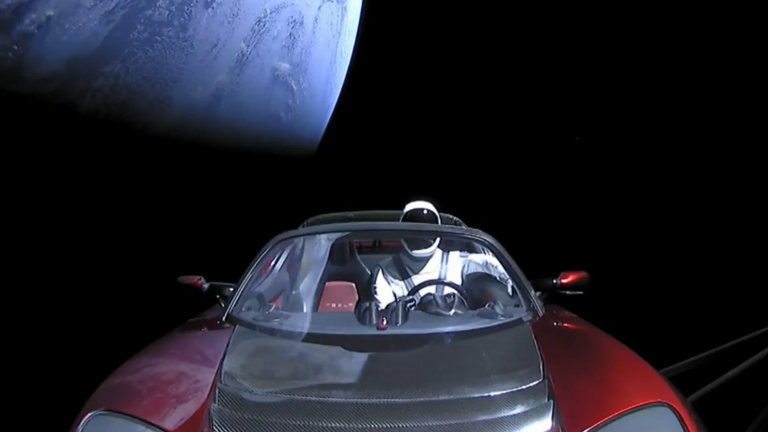 There’s a “midnight cherry” Tesla Roadster hurtling toward deep space right now, the first-ever payload of the Falcon Heavy rocket. It’s worth asking why this is happening, and Live Science has. But given that it is happening, it’s also worth asking what is going to happen to this electric sportscar condemned to what could be a billion-year elliptical journey through outer space.

The first factor that will determine the Roadster’s fate, of course, will be the success or failure of the spacecraft lofting it out of Earth’s gravity well.

As Live Science sister site Space.com reported, SpaceX has taken pains to dampen expectations, pointing out the rocket could fail on the launchpad or somewhere in the atmosphere or space. (A few dozen minutes after launch it hasn’t failed yet.)

And while Elon Musk is willing to trust his sportscar to the Falcon Heavy, Space.com reported, he’s no longer planning to trust it with the liability of human lives. In other words, there’s a reasonable chance that the Roadster might meet its end in a quick shower of flames, twisted metal and burnt carbon falling to Earth. [7 Everyday Things That Happen Strangely in Space]

If none of that happens, the next possible fate for the Roadster looks pretty similar, but happens on Mars or somewhere along the way there. As Inverse writer Yasmin Tayag reported, SpaceX has raised the possibility that the car could skim too close to Mars along its orbit and crash into the Red Planet.