A robot that maintains an automatic return door for other robots to infiltrate discreetly? That’s what the latest Boston Dynamics SpotMini robot is capable of. This scene of intelligent collaboration worthy of a sci-fi movie is, however, very real, and it has something to worry about.

In the world of robotics, Boston Dynamics is starting to gain a reputation as a forerunner. After a robot capable of doing saltos, here is the one capable of opening a door to automatic return.

There was a time when robots seemed to have no future. That was before Boston Dynamics took care of it, and regularly follows the demo videos of his creations. And systematically, robots impress (see worry), as their abilities progress and reveal intelligent behaviors. A feat made possible by the use of deep learning, which happens to give reflexes and quasi-human reactions to these machines. 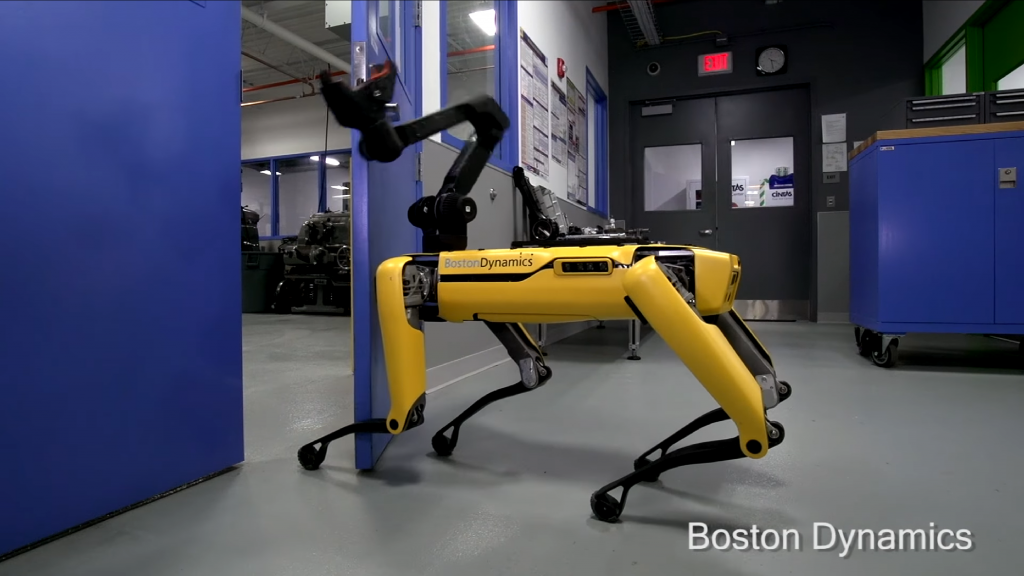 This time, the latest video posted on the company’s YouTube channel features SpotMini, its dog-like quadruped already seen last year, which has since learned to open a door to automatic return. After locating and recognizing it, it deftly activates the door handle with an articulated arm that ends with a pair of pliers, and blocks it with its front legs. He is even able to keep it open, while his fellows sneak into the breach discreetly!

Once again, this video seems to be from a sci-fi movie. For the public, the idea of robots with animal morphology and intelligent skills comparable to humans is a cause for concern. Indeed, the Boston Dynamics research leads his creations knowing how to get out of situation more and more complex. But how far?