LE MONDE EST A TOI / THE WORLD IS YOURS – TEASER

He had been waiting for eight years. The director Romain Gavras is back at the cinema with “The World is Yours”, selected at the Directors’ Fortnight in Cannes. The first images are crazy. The cast also: Karim Leklou, Vincent Cassel, Isabelle Adjani, Oulaya Amamra … Release planned on August 22nd.

“Le Monde ou rien” by PNL in soundtrack, a blue pool and the mouth of Vincent Cassel close up: the trailer of the next film Romain Gavras takes and does not let go.

Since Our Day Will Come (2010), the director has devoted himself to epic clips (“No Church In The Wild” for Jay-Z and Kanye West) and incredible commercials (Samsung, Dior Homme, Louis Vuitton …). From this experience, he returned with a cinematographic ambition and extraordinary visual: his new film starring Karim Leklou, Isabelle Adjani, Vincent Cassel, François Damiens, Philippe Katerine and Oulaya Amamra (César 2017 of the Best Female Hope), on original music composed by Jamie XX and Sebastian. At the writing, the co-founder of the collective Kourtrajmé surrounded Karim Bourkercha and Noé Debré. 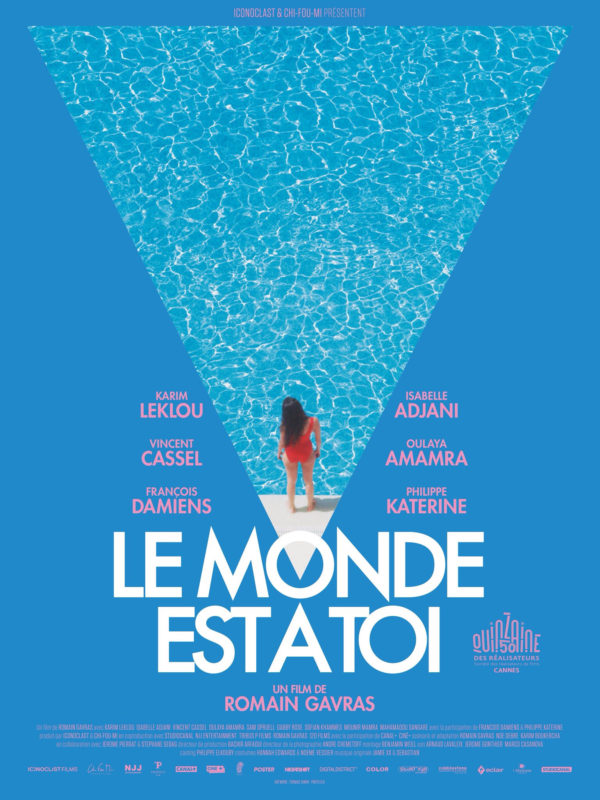 The story ? François, a former dealer, wants to set up in Algeria and become the distributor of the Mister Freeze brand. How? With the money he earned by dealing. Except that his mother has spent everything at the game. No choice, you have to dive again. The whole family gets involved. It will be an ultimate go fast with his friend and his ex to bail out …