The Primavera Sound line up for 2018

The line up for Primavera Sound 2018 has been announced – and it’s a huge bill featuring the likes of Arctic Monkeys, The National , Migos, A$AP Rocky, Bjork.

The Barcelona festival takes place from May 30 to June 2, and will see Belle & Sebastian kicking things off with a set on Wednesday night (May 30).

The first full day of the festival comes on May 31, and it’s Bjork that will take the first major headline set of the festival, supported by Nick Cave & The Bad Seeds.

Along with a headline performance from Nick Cave & The Bad Seeds on June 1, Primavera is also the latest European festival to welcome a returning Arctic Monkeys – who will close the event with a headline set on Saturday night (June 2).

Check out the whole line up below. You can buy tickets for the festival here.

The huge line-up was previously teased in December 2017, when Primavera posted a video on Twitter that showed fans reacting after they received an exclusive sneak peak at the bill.

“We invited 10 people from different countries to be the first ones to discover Primavera Sound’s lineup for 2018. This is what happened,” they captioned the video. 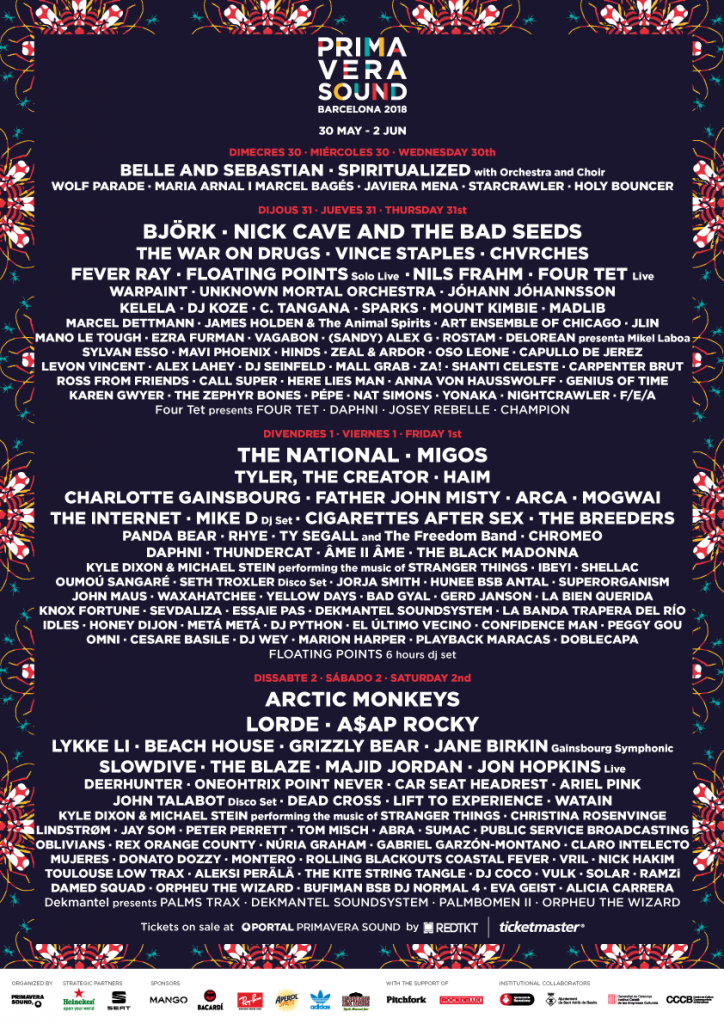