Childish Gambino – This Is America

In America, a lot of people get shot. Like, all the time. And in Childish Gambino’s new video for This Is America things are no different.

The video starts off with a seemingly carefree Childish Gambino, also known as Donald Glover, dancing in an empty warehouse. Right up until he executes a man.

The rest of the video is peppered with similar incidents of extreme fun and extreme violence, culminating in Gambino fleeing a pursuing crowd. 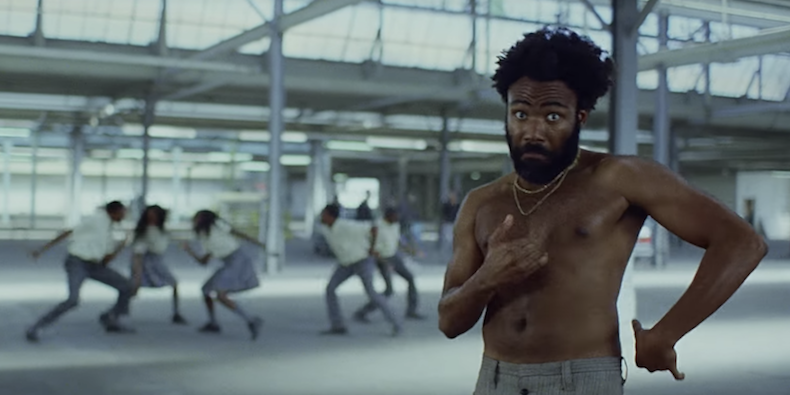 This is Childish Gambino’s first new release since his 2016 Grammy-award-winning album Awaken, My Love! And Donald Glover, the man behind the Gambino, has said that this upcoming album will be his last under the moniker. So, you could say he’s going out with a bang.