It’s been nearly two years since Travis Scott announced his third album would be called Astroworld, and there hadn’t been much information on it since, save for a few vague tweets. That was until Kanye, mid-tweet frenzy, pushed Scott to release their song with Lil Uzi Vert out of the blue. So now we have “Watch,” the album’s Pi’erre Bourne-produced lead single, a song that leans into its title’s double entendre: a timepiece and the attention it draws. “Look at your Rollie, look at my Rollie/That’s a small face, this a big face,” Travis and Uzi take turns singing. It’s an enjoyable ego trip full of empty-calorie raps, reliant entirely on the premise that you are as enthralled by these three artists as they are with themselves.

Travis Scott longs to embody the recent Kanyeism that “it isn’t where you take things from, it’s where you take them to.” He has a long history of being considered a biter, and those who question his ringmaster status will only find further validation in “Watch” beat-jacking K$upreme’s “Expensive Shit.” In fact, the song completely repurposes the same Pi’erre beat with only minor modifications. It’s worth reevaluating what else is being brought to the table here, considering Pi’erre’s superb ear-bending production is the song’s best feature.

Scott and Kanye do little elevating on “Watch,” though both come out ahead. Uzi, who knows exactly what to do with a Pi’erre Bourne beat, takes the lead, dictating the song’s melody and pacing. Scott is largely forgettable, as is his nature, rapping in nursery-rhyme couplets. No one uses Auto-Tune in a more monotonous way than he does. 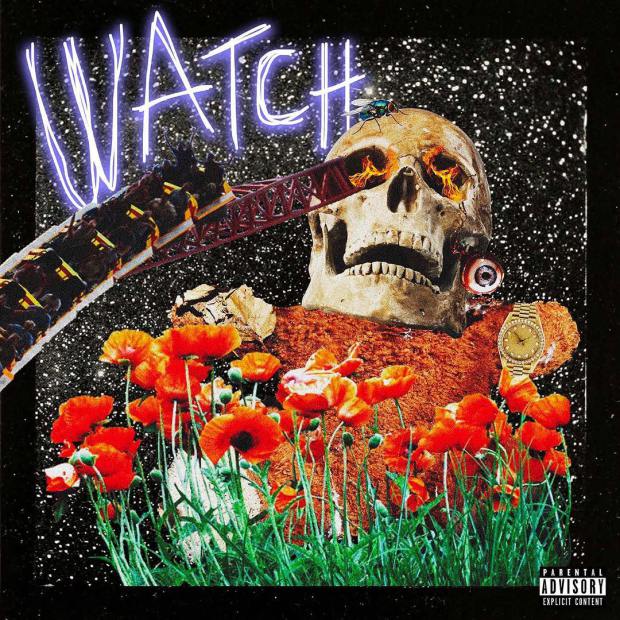 There isn’t really ever any tunefulness; his hums are toneless, flat, and unchanging. Kanye’s verse meanders like a drunken rant, which makes sense since he literally closes it taking a bartender to task—but given the state of his latest verses it’s a relief to discover that he can still be a competent rapper. “Bet my wifey stay close, she know I’m on my Bezos/Opioid addiction, pharmacy’s the real trap/Sometimes I feel trapped/Jordan with no Phil Jack,” he raps assertively, before tracking his path from the Illuminati to the Sunken Place in the public imagination. He seems incensed by the idea of not being wholly embraced. But it’s all fine as long as you’re still watching.